Having been a sex toy reviewer for over five years, I’ve built up preferences for certain toy companies – and there are other companies I won’t touch with a ten-foot pole! One toymaker that’s been consistently great over the past few years is We-Vibe: they crank out above-average products a few times a year, listen to consumer feedback, and update their lineup accordingly. Here are a few standouts from the We-Vibe catalogue… 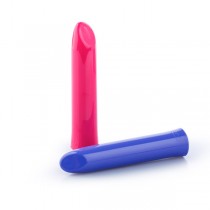 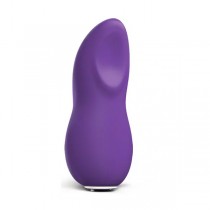 We-Vibe also makes a vibe called the Touch, which contains the same mindblowing motor as the Tango but in a softer silicone casing that transmits vibrations more gently than the hard plastic of the Tango. It has a versatile tip: one side is a concave scoop, while one is pointed, allowing you to experiment with different sensations. Both the Touch and Tango are small enough that they can easily fit between bodies during partnered sex, too! 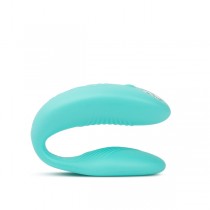 Speaking of partnered sex: We-Vibe is best known for their flagship toy, the titular We-Vibe. In essence, it’s a C-shaped vibrator meant to be worn vaginally during intercourse. One end of the “C” slips inside the vagina to vibrate the G-spot and the penis as it thrusts, while the other end sits outside on the clitoris, providing some extra stimulation for the wearer. This toy has been through multiple iterations, but here’s the low-down: the We-Vibe Classic has the biggest internal arm, so it’s not well-suited for people with a super tight vagina or whose partners are particularly well-endowed. The 4 Plus is more ergonomically shaped, for added comfort. The We-Vibe Unite is the cheapest and smallest model, but has only one motor, so you’ll lose out on internal stimulation. By far, the best We-Vibe currently available is the We-Vibe Sync: it has two motors, both stronger than those in other models, and there are two hinges at the apex of the toy so you can adjust it to fit your body or to increase or decrease the pressure it exerts on your bits. However, the Sync is also the most expensive of the bunch, at $199. It’s an investment, but it’s definitely the best of the best! 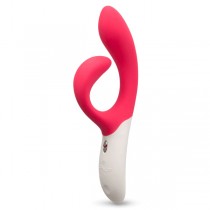 All the models of We-Vibe can be controlled via Bluetooth using an app called We-Connect, which allows you to switch between vibration modes, increase or decrease the vibration speed, create your own vibration patterns, and even hand over control of the toy to a long-distance partner. You can use the app to control some other We-Vibe toys, too, like the We-Vibe Nova. This is one of my favorite toys in the We-Vibe catalogue: it’s a modern take on the world-famous rabbit vibrator. Unlike rabbit vibes of yore, this one manages to maintain contact with your clitoris while you thrust, because its clitoral arm is flexible and moves with you. Genius! The app also allows you to independently control the internal and external motors, so if you’re in a particularly G-spot-focused mood, for example, you can fine-tune the toy’s vibration output to your tastes du jour. 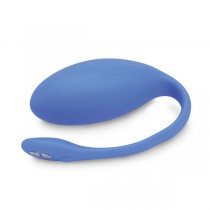 Have you ever tried a We-Vibe toy? Which one(s)? 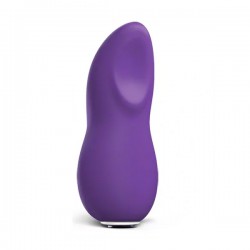 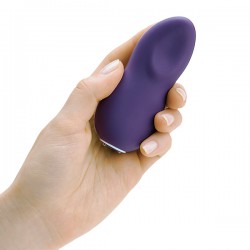 Don't let its gentle, gorgeously sculpted, soft-to-the-touch exterior fool you, the Touch by We-Vibe packs a powerful and satisfying rumble. This sensual massager features a rounded tip for ultra thrilling spot on contact, and a super sensual pleasure wave shape that caresses all the right places in all the right ways. Enjoy with your partner, or keep it all to yourself! How will it thrill you? Let us count the ways! Powerful, waterproof, rechargeable and long-lasting, the We-Vibe Touch delivers a range of vibration modes and power levels that you can play with to satisfy your every desire. With up to 2 hours of fun on a single charge, plus rapid recharge, it's good to go whenever you are! We-Vibe products are more than sensual fun, they're extraordinarily eco-sexy! The We-Vibe Touch is encased in 100% medical grade platinum silicone, crafted to strict health and consumer safety standards, and environmentally friendly. Safe, good for Mother Nature and piles of pleasure. Now that is something to feel good about! sculpted pleasure wave contour, powerful vibe, whisper-quiet, 8 thrilling vibration modes, fully waterproof, discreet and travel friendly, simple push button control. Up to 2 hours of play on a single charge, 90-minute rapid recharge. 4 inches by 1.8 inches by 1.2 inches. Soft, flexible, comfortable. 100% lead-free, phthalate-free medical grade silicone. Safe for water-based lubricants. Long lasting rechargeable battery, easy soap and water cleanup, fully recyclable packaging, and carbon-neutral manufacture and distribution. ..

Sold out
Add to Wish List Compare this Product Quickview 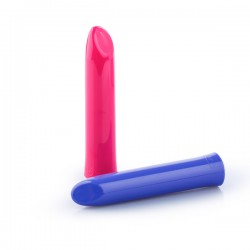 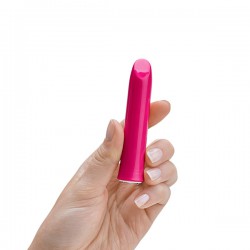 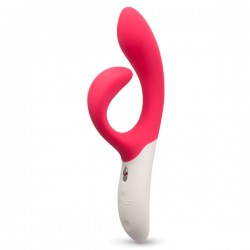 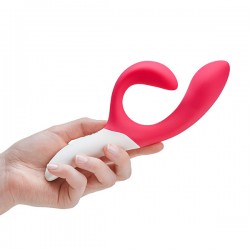 Check out the flex on this! The Nova was designed with thrusting in mind. Most rabbit style vibrators have fixed "ears". The Nova has a flexible external shaft that will stay on your clit when moving the inner g-spot shaft in and out. And both vibrate, but each can be turned on/off. Nova rumbles like no other dual stimulator. The easy-to-use controls let you get the feeling just right. Increase or decrease the intensity or turn off the G-spot or clitoral vibration. Mix it up to try new combinations, and make sure to take Nova in the bath or shower for a truly sensual experience. Download the free We-Connect app and get more Nova features on your smartphone. Features 10 plus vibration modes. USB rechargeable. 100 percent waterproof. Made from body-safe silicone. View User Manual .. 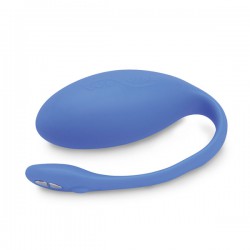 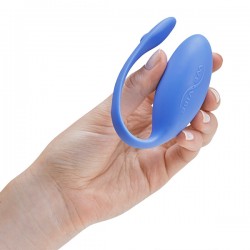 Hands-free, comfortable, flexible, discreet. The We-Vibe Jive is a bluetooth controlled wearable vibrator, that you can enjoy solo or with your parnter. Enjoy rumbly vibrations when you pair Jive to your smartphone. The free We-Connect™ app allows you or your partner to control Jive in the same room or over long distance. Choose from 10+ vibration modes or create custom vibes to bring more excitement to your play. The Jive's unique contoured shape ismade of silky smooth body-safe silicone, and it's designed to be comfortable even for extended wear. Better than vibrating panties! The retrieval stem is flexible and bends to form to the outside of your body for the ultimate in discreet pleasure. You can play with your partner in the same room Jive is Bluetooth® enabled and works with your smartphone. When playing in the same room you simply pair your phone with Jive through the We-Connect™ app. For best results, connect from up to 30 ft of direct, line-of-sight distance and approximately 20 ft of 360-degree range. These are under ideal conditions (legs uncrossed, retrieval stem/antenna exposed) with little to no interference. Or you can play from anywhere Both you and your partner download the We-Connect™ app to your smartphones. Jive is paired to the phone that remains within Bluetooth range of the vibrator. Add your partner with an invite from the app. Enjoy pleasure over any distance. Powerful rumbly vibrations: Intensify the pleasure with 10+ modes and deep powerful vibrations. Waterproof: 100% waterproof, making it easy to enjoy anywhere and simple to clean. Low power alert: Know when your vibrator needs a charge so that it’s ready when you are. Comfortable design: Perfectly designed contoured shape and made of silky smooth body-safe silicone. Rechargeable: Convenient and eco-friendly, Jive is rechargeable and lasts for up to 2 hours of play on a single charge. No need for costly and wasteful disposable batteries. We-Connect™: With the free We-Connect™ app you can play and share control of Jive from anywhere, create custom vibes and play together with other We-Vibe® products. Body-safe silicone: Free from phthalates and BPA and made without latex Includes: charging cable, 2-Year Warranty, satin storage pouch. ..

The We-Vibe Tango may be small (measuring in at just 3.5 inches long by 0.7 inches in diameter), but..

This website is solely intended for an adult audience. If you are under the age of 18 please leave this website.
Ignite Pleasure Products, LLC © 2022 - All rights reserved.
We use cookies to improve your experience on our website. By browsing this website, you agree to our use of cookies.
Close More info